Chapters of Spinward Fringe: Expendable Few stopped being sent to test readers weeks ago when the novel had to be re-developed. That sounds like a negative thing, like I'm saying that the book ran into big problems. That isn't the case here.
Everything the test readers and what people read on the leak thread remains the same. A very large chunk of the book is finished, and other than a last polish, it doesn't need any work. The rest is being written, things are coming together in more interesting ways than were originally planned.
That's what failed here, the original plan. Expendable Few could have been a nice, short trip that explained a few things about what has been going on in the background with Freeground as well as a few characters that have been running around between Broadcasts. At this point the story is gotten a little broader and, while it does fulfill the original goals, it also tells a better tale.
The connection the Expendable Few makes to Broadcasts 6-8 is much stronger than originally planned as well. At the same time, if someone were to forget to read this book and just read all the Broadcasts, then they wouldn't lack crucial information. Expendable Few is a side trip that pays dividends. That book is currently over 55,000 words long and will end up being a little over novella length.
That brings me to my next important update: The status of Spinward Fringe Broadcast 7: Framework. The development of this novel is ongoing, and I'm very happy with how things are turning out. The current manuscript is about 120,000 words long. I expect that there is about 30% - 40% left to write, and finishing Expendable Few will help a great deal in developing the last portion of the book properly. The ending is looking good so far, and so does the story behind Broadcast 8.
How closely are the books connected? I suggest everyone read Expendable Few before reading Broadcast 7. There will be some background there that will enrich the story. Will either book end in a cliffhanger? No.*
There are two other writing projects that are taking some time, but only a few minutes a day. One of them is directly connected to the Spinward Fringe series. I'm not ready to talk about it.
It's times like these that I really appreciate how difficult it is to be a regular reader, especially where series are concerned. Waiting for that next book is a pain. I especially feel that pain with George RR Martin's work. So, when someone asks; "When is Broadcast 7 coming out?" I have real sympathy, but I also work under the knowledge that writing a decent book takes time. Writing the last book in a series (or a major leg of a series), takes much more time. All I have to say about the big WHEN at the moment, is that I'll be able to offer a release date when my work on the final draft is done. I hope it's soon too. I've been working on these two books for a year now. That's a long time to hold in the details of Broadcast 7. Thank you for reading, and thank you for waiting.
RL
*Broadcast 7 will have a firm ending. It will also have the first chapter or two of Broadcast 8.
Posted by Randolph Lalonde at 6:52 PM 10 comments:

Email ThisBlogThis!Share to TwitterShare to FacebookShare to Pinterest
Labels: another side project?, broadcast 7, broadcast 8, spinward fringe, The Expendable Few

Due to high shipping prices and the amount of time it takes to run a small signed book shipping outlet out of my home, I won't be selling signed books for the foreseeable future. I would rather spend my time writing or working on other pursuits that support my career. Thank you to everyone who has placed an order in the past, I hope you enjoy the volumes you have in hand.

If you would like to order unsigned books, please visit Amazon, they print and carry most of my work in print and ship to most parts of the world.

For other merchandise, check out the links below, thank you for your support!


T-Shirts, mugs and many other items are available from Cafepress. 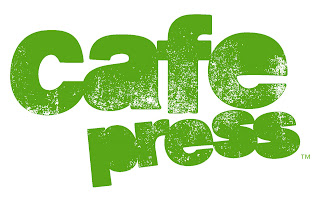 Posted by Randolph Lalonde at 9:28 AM 3 comments: