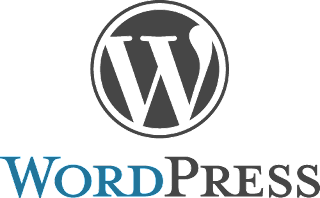 Sometime early next week, a team of migration experts will be copying the hundreds of posts on this blog to a Wordpress site.

Blogger won't be adequate for my needs going forward. With the Spinward Fringe universe expanding, Dark Arts on the horizon with The Brothers of Brightwill coming some time after Broadcast 9, blogger just won't do.

I looked at switching to Wordpress a couple years ago, but didn't really like the results. Since then they've changed a great deal and are working on offering even more services.

During the weekend I spent a few hours building an experimental page and explored most of the features I'd need to create a better experience than what already exists here. The result of the late night project was a web page for a Star Wars: The Old Republic massively multiplayer role playing game, something I plan on picking up as a hobby when it is released later this year. Click here to take a look.

I find the layout tools are more flexible and the results look more professional. When the transition is made you'll be able to access the new site through the following URL's:

Until October 1, 2011, this blogger site will be up to date. After that you'll have to use one of the addresses above.

[If you're planning on playing SWTOR as well, you're welcome to join the Freeground Nation Guild.]
Posted by Randolph Lalonde at 2:10 PM No comments: 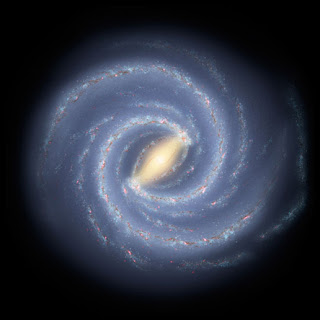 The pressure to get a book out is beyond anything I could have ever imagined. Fortunately, I've experienced pressure before, so the previous statement is more an idle observation than it is any kind of complaint.

The absence of pressure would indicate a lack of demand. So, bring it on.

I can't provide a release date for The Expendable Few or Spinward Fringe Broadcast 7: Framework, but I will do the next best thing.

I've set a deadline for the completion of the Expendable Few. I will finish writing this book by October 7, and attempt to get it to the formatters by the end of that month. Test readers will see chapters during October as well.

The Expendable Few has hit more creative roadblocks and faced more in-process revision than anything I've ever written. In an effort to present a full fledged science fiction novel with all the trappings that I want for this story and the characters, I've increased the book's size to about 80,000 words, and drawn ideas I had reserved for other books in. The book needed it, and as for size, it might become even longer.

There was a time when I just wasn't satisfied with how the second half of this book was turning out, and I didn't know how to fix it. I'm past that now, and am writing the chapters that bring it up to snuff. There are ideas in this book that span politics, technology, character development, and take the book straight into strange fiction. Now it's something I know I'd enjoy as a reader.

There are at least a dozen chapters left, and there could be more. Getting this done before or on October 7 will be an interesting challenge.

What about Spinward Fringe Broadcast 7? It's about to enter its third and final draft. The existing 120,000 words are mostly going to remain the same, with a few additions and slight modifications - but that's what you do when you draft a book you've mostly been away from for a couple months. The work I'm doing on the  Expendable Few novel (formerly novella), has prompted me to up my game for Broadcast 7's last third. That's right, 120,000 words in I'm about two thirds done, so you can expect at least another forty thousand words in Broadcast 7.

Parts of Broadcast 8 may be pulled into 7 simply because there is no reason to keep a couple story lines in reserve. Without spoiling anything, there are whole sections of Broadcast 7 that introduce an entirely new side of the Spinward Fringe universe that I've been waiting to write about since The First Light Chronicles. Introducing that side of things is proving to be very important to the story, and to the development of several characters.

A few people have asked how tightly intertwined are the Expendable Few Novel and Broadcast 7 books? I can only say that you're going to want to read the Expendable Few before reading Broadcast 7. If you don't, you may not know you're missing something, but you will be. Since the Expendable Few is an unexpected novel, it'll be offered for free for all readers on Smashwords and for $0.99 on Amazon for the first month, possibly longer.

I'll be honest, I'm looking forward to finishing my work on the Expendable Few so I can get back to Broadcast 7. Everything is taking longer because I'm more interested in telling stories that best my previous work by far. The simple solutions, easy situations, vanilla characters and settings don't work for me regardless of how long or short they exist on the page. I'm also paying more attention to quality these days, in all aspects of what comes across my desk. So, sorry for the extended wait, I'll try to make it worth your while.

[Next on the blog: Cosmetic and systemic changes are coming.]
Posted by Randolph Lalonde at 11:34 AM 26 comments:

With summer coming to an end, and a few things calming down around my office, I once again find myself with some free time. Even with my writing schedule, which is finally back on track now that I've figured a few important plot details out, I still need to come up for air.

Since I sat down in front of the Commodore 64 and loaded my first games from tape, I've been a gamer. Since then I'm sure I've played thousands of games, but the ones that really stuck were the massively multiplayer online sort. Starting with Everquest and going on to many others, this is my favourite digital hobby other than creating my own content. I can escape into an immersive world for hours at a time. I come back with a clear head, a bag of new experiences, and sometimes new friends.

Writing takes priority, don't get me wrong. I wake up every morning and my first cohesive thought is about what I'm planning to write that day. I get whatever I can down, and on a good day brain fatigue doesn't set in until about 1pm. Usually there's some office work to do, calls to make, and that takes up the rest of my day. Then I'm left to pursue hobbies, which include guitar, drums, and other things. Gaming has been sorely missing from my list of pursuits, however, since I've been busy, and I haven't been excited about a game in quite some time.

Then Star Wars: The Old Republic comes along. I've known about this game for years (literally), but recently a few people have been asking me if they'd see me around in that gaming world when it launches, and my answer was invariably yes. I even bought a cheapo PC laptop so I would be all ready to play (there's no PC version, and I'm not willing to install BootCamp on my Macs anymore, they're for writing and other creative pursuits). The next question that comes from readers and friends (often they're the same people), is if I'll be starting a guild, or if I'm already a member of one. Until today I've offered a blank expression as a response - which doesn't come across as well over the Internet.

Let's touch on another point before I follow that up though...

Over the years I've made a lot of friends through online gaming. I've learned a lot from them, had some fantastic times, and still speak to many of these long-range buddies. For some people Facebook or Myspace was their big first experience with social networking and having a large network of online friends. For me it was the Massively Multiplayer Online gaming space, mostly Everquest and World of Warcraft. Even though I enjoy going off on my own often in games, I find it's still better if there's a social aspect. The possibility of meeting new people online (in a game), and taking on a challenge with friends adds a whole new dimension of excitement to gaming.

So, when a couple readers asked me if I'd be forming a guild in The Old Republic today, I couldn't help but think of the fantastic folks on the Spinward Fringe Facebook Page, and wonder what that kind of environment would be like in game when it goes online later this year. I enjoy hobnobbing with the Facebook crowd and check in whenever I can. Imagine interacting with like minded people in an online game? Knowing that I'd download a lot of responsibility to officers in the Guild (much as I have with the Facebook Page), I decided that, yes, I'd create a guild. If there's something I've discovered I like doing, it's giving people who enjoy my company or my writing a place to hang out.

So, it is with no shame that I admit: Yes, I'm a huge [nerd] gamer, and I've created a guild called the Freeground Nation. If you're looking to play Star Wars: The Old Republic later this year and don't have a guild yet, go ahead and check it out. I'm sure I'll spend a great deal of my winter playing this game. Whenever I'm not writing, that is.

[Updates on the Expendable Few, Broadcast 7 and other stuff coming early next week. The work goes well.]
Posted by Randolph Lalonde at 4:12 PM 7 comments: