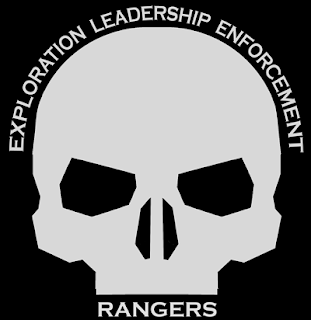 [If you have no idea what this post is about, and want to start at the beginning of the series, you can find Spinward Fringe Broadcast 0: Origins free wherever quality EBooks are sold. Amazon Barnes & Noble Smashwords iBookstore]

I'm writing Spinward Fringe Broadcast 8 in a way that makes most of the story lines very easy to serialise. If I wanted to, I could publish the entire book 800 - 2,000 words at a time in a stream that would last roughly a month.

To preserve the sanity of my editor and to refrain from giving everything away for free, I won't be doing that. I've also heard that a lot of people prefer to have the entire book in one chunk, and I have to admit, I'm one of those people where it comes to authors I enjoy reading.

I still wanted to serialise a portion of the book, especially since one great big chunk of story could stand on its own in the Spinward Fringe universe. It has a backstory, a character I find interesting, as well as that essential three-punch combo: a beginning, middle and an end.

For the next seven days, the seven parts of a short starring Alice Valent will appear on this site. These chapters will also appear in Spinward Fringe Broadcast 8, but will be interleaved with other stories, so this is a nice big preview of the book following one character's perspective.


It's been months since the battle of Port Rush, and Alice Valent has undertaken a temporary career as a Ranger. Two months of training and weeks of experience following that have earned her the privilege of operating on her own.
After finishing a short solo patrol, she returns to the ever-expanding settlement of Haven Shore to enjoy a day of sunshine with Ashley, Zoe, Panloo and other friends when she's presented with a new mission. Something has escaped the care of Haven Shore, and, as a favour to an acquaintance, she agrees to hunt it down.

No kidding! Next! Please? *whine* giggle.Glad to see the previews coming. I sit in anticipation.

You teaser you... Now take my money in advance for Broadcast 8.

Okay this leaves me salivating for more, like how about the whole thing? I certainly will be looking forward to number 8. When?

A recent addition to your fan club. I havent read scifi in years until I picked up on this series with the twists and turns that can only happen in an amazing imagination. Thank you for the past books and cannot wait for your next ones.
Regards LW

I am with LW! I haven't read Sci-Fi for years but a friend at work gave me the Broadcast 1 and 2 to read and I can't get enough! I've read all of the Spinward Fringe series and am anxiously awaiting #8. I just downloaded "The Expendable Few" and am ready to tear into it.
You have great talent!!!

best Sci first in decades for me