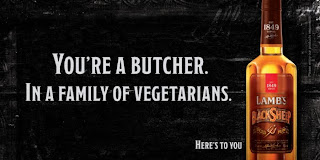 The general consensus of the Mobileread and Syfy forums as well as my blog, the twitter activity on this, Email responses and the threads on Facebook is that alcohol has a future. That’s actually a good thing for the series of books I’ve written and continue to work on.

As for the side commentary on the topic of self censorship, well, it was far over blown. The simple truth is that these science fiction books have nothing to do with substance use or abuse, and the reason why I reduced the mention of non-alcoholic substances was because I didn’t want drug use to steal attention from the story and characters. If some Church Lady came along and started screeching about heavy drug use, well, she’s either overreacting or I overdid it on the depiction of substance use in the book, handicapping my own main plot. Why bother risking any of it when it’s not central to the story?

What have I decided after reading the thousands of words written on this topic over the last week or so?

Well, space opera is a funny space to write fiction in. Before drugs and alcohol were used as a tool to help set a scene. Now I feel I can employ them in to a sub plot that I've been considering, and I'm fairly certain that they'll help support the main story in the way I'll be using them, not draw attention away from it. More will be happening in social settings as well, so the role of a casual drink or five at a favorite watering hole will become more visible, and while they will serve alcohol there, other substances and “treatments” will be featured as well.

There will be a nod to consequences and that includes addiction. Why would addiction go away in the future? That’s something so many people supposed, and frankly, current day studies on soon to be approved pleasure substances prove that drug and “leisure substance” companies are constantly trying to find ways to make the new buzz as addictive as possible without breaking the law. That’s not even considering the back room chemist, who is a growing concern in smaller towns across Europe and North America. His stuff is so addictive that, according to addicts, entire lives change with one hit.

Now that I’ve had your help, and I’ve been led down several different paths of consideration, I’ve decided that the future is bright (or dark, depending on your point of view), for alcohol as well as other substances in Spinward Fringe. In fact, I’m ready to write it all in stone. The alcohol loving characters in my little science fiction series will have plenty to drink. The characters inclined to enjoy chemicals will do so right along side them, and the cyborgs will have their neural manipulation software packages and memory packets.

I’ll still balance all that so it doesn’t overwhelm the main plot, but that’s something any writer should do. Thanks to this debate, however, I’ll be using all the brushes in my kit to paint a broader, more interesting backdrop when it comes to what people are up to in night spots and watering holes.

Bring it on Church Lady.

Alcohol: This age old substance exists in many forms. From fine wines, old scotch, well brewed beers to poor colony moonshine and prison wines. It is at the same time the least expensive intoxicant beverage (a filling and potent worker ale, for example), and the most expensive treat (a fine centennial scotch).

Designer Beverages and Foods: These were once touted as the replacement to alcohol, and became common long ago at great expense initially. Most of these synthetic substances are tailored to trigger any number of emotional and / or physical states. Some of these substances (see: Michnikel – first mentioned in Spinward Fringe Broadcast 1: Resurrection), even cause increasing amounts of memory loss as one becomes more intoxicated. These beverages are commonplace, as they can be shipped as concentrates, or materialized on site in establishments that have licensing agreements in place. While few of these beverages and foods are truly addictive, the emotions and states they cause can increase one’s inclination or attachment to a certain substance.

Treatments: This is the most expensive type of leisure substance. This category covers substances that are not necessary, but are often treated like medication. They are long lasting  injections and pills that alter a persons long term fitness level, attitude, outward appearance or other non-essential facet of existence unnecessarily. While the debate concerning what necessary treatments include goes on, these regimens continue to be administered, often unregulated. Many of these substances change the user on a genetic level.

Environmental Intoxicants: Many premium night spots add mood altering substances to the air and / or surfaces. The intention behind this practice is to make their clients more pliant, some times more active (in the example of a dance club), more relaxed (in the example of a issyrian mating den), and at other times more positive minded (this is often seen in government buildings and corporate offices). Most regulated core worlds must post clear signage informing patrons that environmental intoxicants are in use. It’s important to note, however, that most cities aren’t as well regulated.

Mechanical Manipulation: This is software that, through the use of nanotechnology or a neural link (often called a “brain bud”), alters a persons mood, knowledge or other facet of a person’s being. This has been known to go terribly wrong when programmed by an unqualified user.

Regulation: This varies from city to city, government to government and from culture to culture. It’s best to check with local law enforcement before trying to transport, use or seek out any substance.


Thanks again for engaging in this debate, it's been a fantastic and enlightening read!

[Addendum: I use the term "Church Lady" in this post. I respect and adore several religious women who I would consider ladies, and when I use that term I was not referring to them. I was using the term to refer to screeching, backwards thinking women (and men, to be fair), who misguidedly use one book to justify the burning and banning of others. If this describes you, feel free to email me at randylalonde@gmail.com with your entertaining insights into how I should entertain people. Keep in mind that I find your complaints quite amusing, and may use it to continue entertaining my readers.]
Posted by Randolph Lalonde at 12:50 AM