Psycho Electric: A Spinward Fringe Novel Is Out! 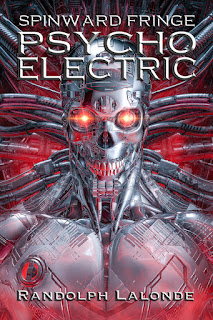 There are ideas in this book that have been haunting me for about a decade, and I can scarcely believe that it's not only finished but out now.

Virtual space where you can become anything you want, cybernetics, the question of worthy sentience, being on the run, secret societies, and the rise of streaming celebrities intersect in a Cyberpunk novel that takes place in a super future that's recovering from a massive apocalyptic event.

Rafe is a challenging character, which seems mild mannered at first. One decision puts him on a path that will force him to confront the physical and mental wounds accumulated during his short life. Thankfully, he doesn't have to do it alone, or unarmed. An industrial grade cybernetic body may not look like much, but he can lift hover trucks and climb buildings like he's running down a city street. He dreams of looking more human, but can't afford the work, especially since he doesn't want to let go of the mechanical power and other advantages of the cybernetic body that was forced into. It would be easier to earn the right upgrades if he wasn't running from Captain Dawden, a ruthless bounty hunter whose brutality built his reputation.

Rafe became a cyborg when his aunt sold his body to pay her debt. Left only with his human head and a rough, industrial cyborg body, he is on the run from his master. We find Rafe in the megacity of New Udalpur, where he's been able to hide amongst a massive diverse population that's more interested in social media, earning platinum, or trying to visit Earth to pay much attention to him.

Thanks to a daring caper, his curiosity, and a little heroism, Rafe is about to be in more trouble than he can handle. Strap in for an adventure that includes a bossy unofficial superintendent, shapeshifters, trips through full-dive virtual reality deathmatches, rude but colourful gangsters, social media influencers, spaceships, a wasteland, a ruthless Captain, irate pedestrians and so much more.

Writing this book was a challenge, especially since there were many ideas and themes when I began. So many that I had to pick the strongest ideas, scenes and themes and go with those. Even then, this novella became a full sized science fiction novel that has a quick pace and more emotion as it goes on. It's different from the other science fiction novels I write even though it contains concepts and other things from the Spinward Fringe series that firmly ties it to the same universe. At the same time, no one has to read the Spinward Fringe series to understand or enjoy this book.

I truly hope you enjoy it. As I look towards other projects, I find myself thinking about Psycho Electric from time to time, missing the characters and the act of telling the story. As a one-shot, there's no need for a sequel or a Psycho Electric trilogy, but I would return to that part of the Spinward Fringe Universe if there was enough demand. I may do so regardless.

You can find Psycho Electric using any of the following links or wherever quality ebooks are sold. The release of the Audiobook is scheduled for October 31 of this year.

Smashwords
[This is a repost from the blog at www.randolphlalonde.com]

NEM: Crimson Shores is out! 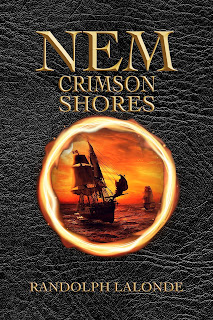 I'm proud to announce that NEM: Crismon Shores, the second book in the NEM series, is now available at all quality ebook sellers. You'll find links to the various retailers carrying the book and a short peek behind the scenes on the new blog!
Posted by Randolph Lalonde at 1:30 PM No comments:

The Blog Has Moved 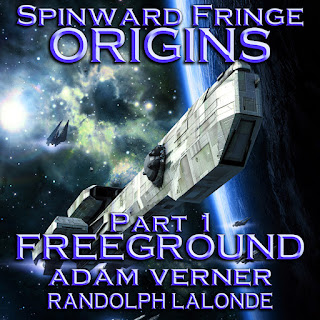 So, for all your Spinward Fringe news, Ebooks and Audio books, as well as up to date info on all the othter things I'm releasing, you can take a look here: http://www.randolphlalonde.com

Thank you to everyone who has followed my blog here, I hope to see you over there!

Posted by Randolph Lalonde at 10:52 AM No comments: