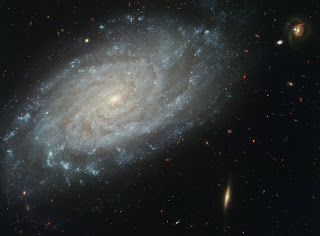 As promised in the podcast and on the Facebook Page, the first post Broadcast 7 short story is being posted here for free. Thanks to some serious development that's going on right now for Spinward Fringe Broadcasts 8-10, there are extra stories that are important in terms of what's going on with the people mentioned in the Spinward Fringe universe, but not directly pertinent to those upcoming novels.

The first instinct was to put the bullet points into my notes for Broadcasts 8-10 and leave them there, but I saw the opportunity to use the ideas for a short story. Will these characters appear in broadcasts 8-10? I'm absolutely certain most of them won't. One MIGHT come into play, but even that's not at all certain. Will the events in this story result in something important to characters in Broadcasts 8-10? Yes, but if you don't read this, you still won't be missing any important details.

Should you have read Spinward Fringe Broadcasts 0 to 7  and The Expendable Few before reading this? Some of what's in this story probably won't make sense if you don't.

With no further delay, here's the promised short:

SPINWARD FRINGE IS A REGISTERED TRADEMARK OF RANDOLPH LALONDE
Posted by Randolph Lalonde at 2:47 PM 13 comments:

The Spinward Fringe Podcast Broadcast 26: The One With Amazon Drama

Sylvie and I (Randy), get together to discuss how Amazon is treating their authors and what's happening with the final edit of the Spinward Fringe series. After we've explored those topics, we move on to some non-spoilery but important information on Spinward Fringe Broadcasts 8, 9 and 10. The status report and juicy bits are all in there, so tune in and catch up on the details.

Quick note: I mention that Amazon launched in China, but I actually meant Japan. My sincere apologies.

The song we feature at the end is Red Hands, by Walk Off The Earth. We thank them for giving us their permission to play their music.

Thank you so much for listening!

That Geek Podcast Episode 14: The One With The Reboots

To call the discussion in this episode 'lively' would be an understatement. Stephanie, Sylvie, Andy and I (Randy), all have opinions on reboots, adaptations and other related topics, and we explore a wide range of films and movies. We also share some news about upcoming reboots that are in early development and on their way to theatres. So, listen in as we discuss all things old made new again.