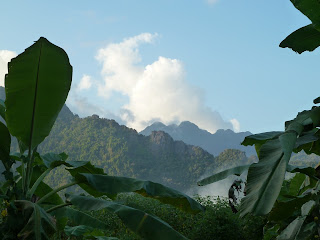 What happens when the scope of the story you're telling increases? It seems that the size of some of the chapters increases as well. The one I'm working on will take three days by the time I'm finished, but it includes a journey, and a whole new look at Haven Shore.
There's no release date yet, but I can tell you... Alice and Minh-Chu play huge roles in this novel. So far there are over 65,000 words written about Alice, and there is no figure yet on how long Minh-Chu's journey in this novel will be, but it definitely promises to be large in size and scale. A whole new phase of Spinward Fringe begins in Broadcast 10. The Triton Fleet Academy is open, and Alice is signed up. Familiar and new faces emerge as she takes her journey through Officer Training. The biggest question is where she will end up if and when she graduates. Other major events are taking place in the Iron Head Nebula, but it's too soon to share details. I'm working hard... I hate blowing deadlines, and after taking a short break to get the details about this book together, and to clear my head, I'm working hard to complete this science fiction epic. This feels like a special book already, which is a good thing, because the stakes are incredibly high for most of the starring characters. There are podcasts coming. The studio is ready, and my co-host is good to go, so you can look forward to a few new podcast episodes in the coming weeks. We may also be working on something entirely new that should be highly enjoyable too. Thank you all for your support and patience. Look for more preview chapters soon! RL
Posted by Randolph Lalonde at 4:55 PM 5 comments:

No Call Centre Movie - It was an April Fool's Gag

This is a retraction for a post announcing that The Call Centre Survival Guide was being adapted into a major motion picture. Read the gag here: http://randolphlalonde.blogspot.ca/2016/04/call-centre-survival-guide-to-become.html

I apologise to anyone who was genuinely overjoyed at the announcement, thank you for your well-wishes and support!

The Call Centre Survival Guide is real, it's something I actually published, so is the story about the trainer who bought 20 copies. The movie deal, and the screenplay aren't, however.

I have been noodling over the idea of a comedy novel set in a call centre, maybe something with weight of social commentary behind it as well. I think it would make a great 21st century movie about the modern workspace and how cheeky yet easily offended we've become, so I can't say there's nothing there.

I hope a few of you had a chuckle at the story, the notion, and the gag. If you take a closer look at the post, you'll notice that it's categorised and labelled as "April Fools Joke" so it was definitely there for people to find.

One disclaimer for everyone:

I would never joke about a status update on Spinward Fringe, Brightwill, or Dark Arts. The only reason why I went through with this is because The Call Centre Survival Guide has been an out of print book for seven years. One almost no one has heard of, so I had a little fun.

Now, what will I do for next April? 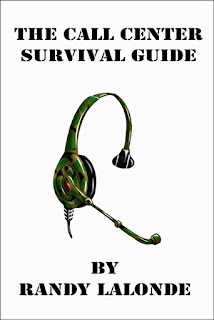 This was an April Fool's Day Gag! Check out the retraction here: http://randolphlalonde.blogspot.ca/2016/04/no-call-centre-movie-it-was-april-fools.html

In 2008 I was still working for a call centre where I answered phones for a New York Cable Company. The experience was soul crushing, and it was a job I was happy to leave when I started making just enough from publishing to do it full time. I owe my room mate at the time thanks for that, since splitting the bills was key to leaving that job.

As a coping mechanism, I wrote a partially satirical book (AMAZON LINK) that contained actual advice for anyone looking to work in a call centre. The book wasn't useless, but it wasn't entirely serious either. in 2009 I finished writing the 140 page large print book in about a week, laughing all the way. For further laughs I included some fake quotes and slapped it up on Amazon for anyone to pick up. I was sure that no one would take it seriously, but one trainer in the US did, and ended up passing twenty copies out to new hires.

The email I received from him was scathing, and, yes, he threatened legal action. I agreed to pull the book from sale, but not to reimburse him for his gullibility. Besides, there was actual advice in there, and he was more at fault for not reading it himself first.

The funny thing was, I got several other emails from people who used the book and loved it because much of the advice was very obvious, but they found tidbits of actual advice in there that was helpful.

Fast forward to 2012, when I'm talking to a comedian friend of mine about using the book as a blueprint for writing a comedic novel or screenplay about one person's journey through a short-lived call centre career. We laughed about it a few times, tossed around a few ideas, and that was the end of it. Or so I thought!

Fast forward to August, 2015. I get what sounds like a serious call from a production studio (can't name them yet, sorry!), and a week later I'm conference calling with three heads who have gotten their hands on copies of the book - they admit that two of them had to read from photocopied versions, they one have one original - and they love the idea of framing a comedy around it. They also want me to work with aforementioned comedian on the screenplay.

I'm happy to announce that the movie was just green lit, and it will be filmed this summer in Toronto. The writing partnership was fantastic, sometimes tense, but very productive, and after much laughter we completed our job. You'll be seeing official announcements soon, but I'm happy I got the go ahead to announce first, which is rare. I can't go into who will be starring, but you've seen at least one of them in television and film quite a bit.

It just goes to show, you never know where some things will lead!