Editing Week - I Knew It Was Coming 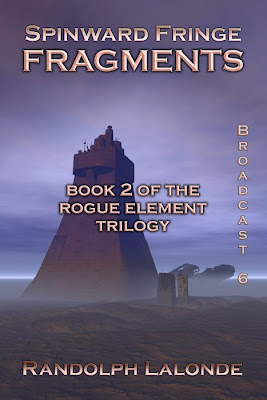 Sometimes you have to take a step backwards to brace yourself for a leap forwards. Right now I'm at a point where I have to remind myself of all the details in Spinward Fringe Broadcast 6: Fragments.
Instead of simply reading the book, I'm taking the opportunity to perform another pass on it, to correct those niggling errors that have been irritating me since the book came out. Broadcast 6 suffered from growing pains, since it was released at a time when how I did things was changing even faster than I thought at the time. A year later it's easy to look back at how my writing and editing processes have taken a step or three forward. Life has changed a great deal around that time for me as well, which was a strain on Broadcast 6's release as well.
Once this pass is finished I'll have a much clearer idea of how the timeline of The Expendable Few applies to Broadcast 6, and it'll be easier to write the next section of Broadcast 7. This edit isn't so much of a chore either, it's more like visiting an old friend. I spent a year writing this book.
When it's complete it'll be uploaded to Smashwords, the retailers on their distribution network (like Barnes and Noble, the iBookstore), and to Amazon. You'll be able to update your copies for free, but beware Amazon users! There is an excellent chance that any notes or highlights you've made to your version of Broadcast 6 will be lost when the update takes place, so find a way to dump those to a file using your PC or other magic computing box.
Well, time to get to work, see you on the other side!
RL
[One more thing... There will be a preview of Broadcast 7 in the new version.]

[If you want the current version for any EReader, it can be found in its many formats here at Smashwords.]

[EDIT: This polish of Broadcast 6 will take longer than a week, and the reappearance of the book on Amazon.com will be further delayed because I am hiring a professional ebook formatting firm to make it ready for its final appearance there.]
Posted by Randolph Lalonde at 8:18 AM 21 comments:

Between The Expendable Few and Broadcast 7: Framework, I'm looking at a variety of writing challenges. It's taking a long time to write both, but they're the most challenging things I've ever written.

Having said that, I've reached a milestone with The Expendable Few. It's 54,000 words long after several cuts closer to the end and it finally feels like I'm putting the the last quarter of this puzzle together. I've been looking forward to this, where I get to go back and write in a few thousand words that will make the middle section of the book feel complete. These are the chapters where everything is already established and I get to set them loose on a developing situation.
After these chapters are finished I'm left with writing nothing but the last four or five chapters right at the end. It's a pretty exciting time for the book, because everything has been figured out and the only thing left is to write it. I expect this book to arrive (be completed), at between 70,000 to 80,000 words. There's a chance it'll go over, but not by much.
You're not alone in waiting to see the last half of the book. Not even Sylvie - my part time assistant (aka 'the Minion'), has seen the new stuff. She asks after new chapters daily, sometimes more. She's joined by my mother, who requests new material every time I speak to her on the phone. No pressure.
I'm just glad I can see the end of The Expendable Few, because I love delivering a story, I can't wait to get this out to you guys. There's a different kind of buzz in writing this book too, especially since 90% of the characters are totally new, some of the bigger ideas are brand new, and the ending is something new to me too. This stuff hasn't been kicking around in my head for  years, it's got an 'on the spot' quality for me because it's only a few weeks / months old.
When it's all said and done, I hope this book is remembered well as a side car novel that fits alongside Broadcast 6-7 and stands well as a spiritual sequel to Broadcast 0. If you're looking to get a sample, there's a huge chunk of the book in the Goodreads Forum.
Now, back to work...
RL
Posted by Randolph Lalonde at 2:31 PM 6 comments:

Email ThisBlogThis!Share to TwitterShare to FacebookShare to Pinterest
Labels: spinward fringe expendable few, the end is nigh

The Demise Of The Spinward Fringe Series Is Grossly Exaggerated 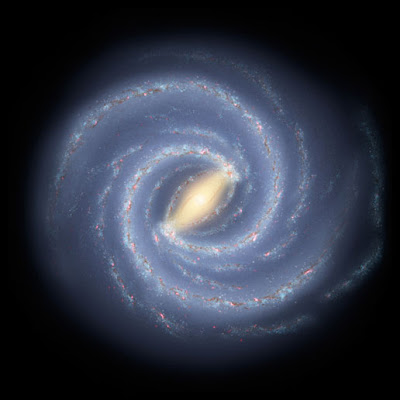 Thanks to a previous blog post, many people were left with the impression that Spinward Fringe would be coming to a close after Broadcast 7.

That's a miscommunication, it's not over! In fact, I'm sure I'll still be writing Spinward Fringe stories for a very long time to come.

What I was saying was that the current plot lines would be ending in Broadcast 7. Many of the characters would live on in the setting I've carved out over the last three years. Just like a well written television series (imagine one, if you will), many stories come to a close in the last episode of the season. Before the end of that episode you're given a reason to come back for the next season.

In the case of Spinward Fringe, that season begins with Broadcast 8. What do I have plans for? Right now, I have specific plans, preliminary writing and outlining for Broadcasts 8-11.

The release of those books (not the writing), depends on the demand for them. After the last few days I don't think there's a lack of demand, so you can expect to see those books as soon as they're ready.

I may work on something else while working on Spinward Fringe Broadcast 8, however, just to clear my head.

To summarize:
The Spinward Fringe series will not terminate after 7, it will go on.
I'll work on other books between Spinward Fringe novels.
Creative people can be confusing.
There's plenty of demand for the books, so they'll be released.
I'll still be writing Spinward Fringe books long after they've ceased to be popular.
Other books are coming AS WELL, I'm not quitting to write something else (as a few people seemed to think).

I'm honestly a huge fan of Spinward Fringe, and of the readership. The books are getting a slow overhaul so they are more presentable to future readers. With a table top role playing game in the early development stages, and a future laid out that includes the series at every step, I believe it has a future. There's also the anthology, which I'm hoping to begin development on late this year or early next.

Now, back to the Expendable Few and Broadcast 7, which I'm eager to complete so I can get them out to you and start on Broadcast 8.

Thank you for reading, and for joining me on this trip!