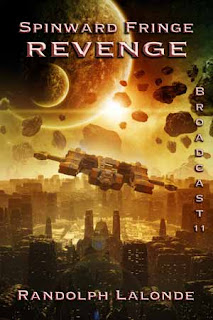 Work on Spinward Fringe Broadcast 11: Revenge continues at a steady pace, and, as I originally intended, it is it's own novel instead of a build up to Broadcast 12. After the first few Broadcasts, I tried to make sure that each Spinward Fringe novel had it's own feel and major event while moving the bigger story forward. There had to be a good reason for each book to exist in the series, they had to present some kind of new situation or idea that moved the greater story forward and helped the characters develop.

It took a while for Spinward Fringe Broadcast 11: Revenge to develop that, but it finally has. I'm having a great time writing this tome and the pace of the writing is only picking up at this point. You can see a great big chunk of it here, through the preview that's titled: Alice's Revenge. There are more than half a dozen free parts, with a dozen parts available for Patreon subscribers. 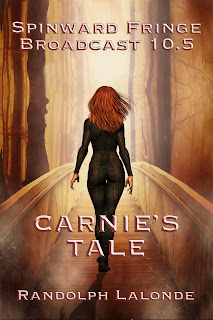 More and more, it's becoming evident that Spinward Fringe Broadcast 10.5: Carnie's Tale is as important as any other part of the series. Only a few characters develop in that book, but those developments and the backstories that support them are important to the series going forward. I'm happy with the storytelling in that book too, so it's a good thing some of the characters are sticking around. A few other things from Broadcast 10.5 are going to come up later in the series as well, which was always the plan since much of the book was carved from Broadcast 11's rough draft.

If you finished Broadcast 10.5 already, Broadcast 11 is happening now on Patreon, but I understand if you'd rather wait for the finished book. It's on its way, and I'm finally happy with what I have so far, so thank you for your patience!

Posted by Randolph Lalonde at 2:59 PM No comments: