There will be a few more books (I'm not committing to a specific number just yet), and each will have its own story to tell, and after the main Spinward Fringe series ends, there will be other Spinward fringe novels, that's something you can be certain of.

Back to the present, and the work that's being done on Broadcasts nine and ten. These books will chronicle the war as our characters experience it. The changes and challenges that they've survived until now are nothing compared to what they'll face in the violent times ahead.

There's no way to plan Broadcast 9 without planning Broadcast 10. The scope of the storyline we're going into now reaches beyond anything I've written, and while I write the final draft of Broadcast 9 I'll be writing chunks of Broadcast 10, so that book will be easier to write. I'm going to focus on one main story while two other storylines run along side them, much like I did in Broadcast 8.

Why run three storylines through two books?
The Spinward Fringe series has grown in complexity and there are still a number of unanswered questions about where some characters have gone, and mysteries to solve about parts of the past. I also want to continue to tell the whole story about this war, just as I started to in Broadcast 8: Renegades, so I'm going to need three storylines.

How is the writing going so far?
I'm being pushed into moving again, so I'm packing this week. While I pack I'm working out the final notes and plans I need to execute Broadcast 9 and 10. The more time I take to plan out what I'm going to do, the faster the writing goes, so I expect to be finished my draft of Broadcast 9 by the end of the winter or mid-spring. I am writing every day so even though I'm using a lot of time to plan, what I've already planned out is being written, so progress is good, and so far I like what I have. The opening of the book is still up in the air, but not because I'm short on material. I'm on the verge of completing a third possible first chapter, so the real question is which opening will I choose?

As it stands, I feel very good about the shape of Broadcasts 9 and 10. I'm having great fun putting this puzzle together and writing. I'll keep you updated on the blog, and hope to have several major announcements about the Spinward Fringe series as well as other projects for you in the near future. There will also be a preview here, but that won't be for some time yet.

Thank you for your support so far, this is going to be a fantastic year for book releases.

[P.S. The first book, Spinward Fringe Broadcast 0: Origins is still free everywhere, and I've just made another novel free until February 14th, Brightwill, so check those out if you haven't already!]
Posted by Randolph Lalonde at 1:02 PM 5 comments: 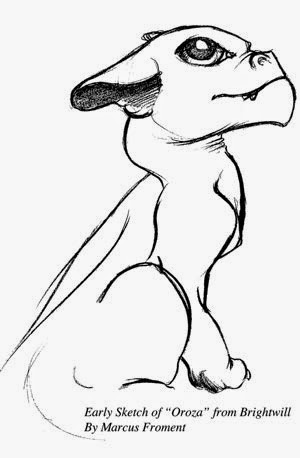 There's news coming on Spinward Fringe Broadcast 9, but until then, Brightwill, my first fantasy novel in a decade, is now available for free from Smashwords  until February 14, 2015!

You don't need a special code, it's just there, waiting for you to download the version you need of your EReader and keep it forever.

Here's the link: https://www.smashwords.com/books/view/489351
It's also available free at Amazon: http://www.amazon.com/gp/product/B00P2Q5RFK/?tag=indautlan-20
And through the iBookstore, Kobo, and other eBook stores.

More news about Brightwill is coming soon as well, so keep checking the blog!

A special thanks to everyone who shared these links with friends, spreading the word about this book, and to Indie Author Land, who got this book in front of thousands of people.

[The print version, with extra artwork and large text is available unsigned here and signed here.]
Posted by Randolph Lalonde at 10:11 PM 1 comment: