I HAVE BEEN ABLE TO "LIBERATE" CHAPTER THREE OF THE NOVELLA!

Here is a snippet:

What’s the first thing I realize? My Command and Control Unit, the cornerstone to communication and a device that’s been on my forearm for ninety-nine percent of every day of my life for years is gone. I’m laying down on a firm cot. When I open my eyes the rest of the picture comes clear.

This is my first stay in the stockade. Cheap metal walls, moulded plastic floors and ceilings. Old fashioned bars keep me in. A metal toilet and sink are there to keep me clean.

The rest can be found on the Goodreads forum here:http://www.goodreads.com/topic/show/552151-expendable-few-novella
Posted by Lewis at 12:21 PM No comments: 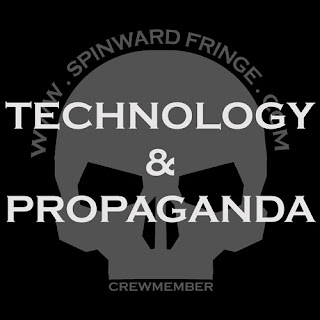 After checking with many local T-Shirt & other product producers in Ontario and weighing the pros and cons of having piles of product in my home, I finally came to the decision to use Cafepress for the bulk of the clothing. There have been several local companies who were happy to tell me that they'd beat whatever I could find online for price and quality, I've found that something always suffered - and they do business as if it was 1970.

Cafepress will be able to offer a basic variety of objects to get the store started, and their prices aren't as high as many of the other online store hosts, especially with only a 10% markup.

Here's what Cafepress will be handling for me:


The 10% markup will provide funds for my production company which is responsible for bringing Spinward Fringe into other forms of media. There's a five year plan to bring Spinward Fringe to life in the form of a Web or Television series if someone doesn't make an offer worth taking. When I say an offer worth taking, I mean an offer which allows Spinward Fringe to be everything it can be as a series and give it a fair chance to find an audience.
Pipe dream? Maybe. That's why there's a five year plan to get things ready so I can do something myself. The store is part of that plan.
I encourage all of you to do a search for coupons before buying in the Cafepress store. Here are a couple that are valid as of this month:
What's good in the Cafepress store? I suggest the pint glasses (this design looks really good when full), ceramic travel mug or Triton Crew Shirt.
T-Shirts from the store are going out to the draw winners on Thursday!
There is another store in development that will carry buttons, books, specially made prop items, patches and other objects. Development of the buttons completed today, and the final edit of Spinward Fringe Broadcast 0: Origins will be finished shortly.
Thank you for your support and patience, I hope you find something you enjoy! 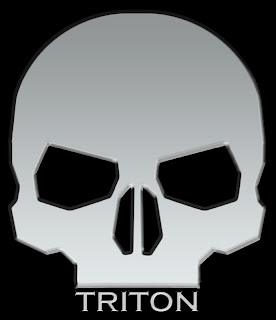 It's time for an update on what's going on with Spinward Fringe and other work. It's important to start by saying that half this update is about people responding to the series and opportunities to shape things around it.

The books continue to spread in the US and UK through Kindle, B&N and other eBook retailers to a lesser extent. Last month I received the first email from a reader in India, just one example of how this series doesn't sell heavily in one area, but lightly in many areas. Hearing from people across the planet is absolutely awesome. From Tehran to Texas, kind readers are enjoying the books and spreading the word. I couldn't be happier.

Then there's the Facebook page. I never thought it would be as busy as it has been. People are offering general comments, ideas about the store (see the Buttons update below), and coming together. All the while, nary a negative word is heard. Big thanks go out to the moderators and all the participants.

My first part time staffer is currently down with a summer cold, but she continues to work online. She's brought a few good ideas to the developing business side of Spinward Fringe, and is currently assisting with proofing on Spinward Fringe: Expendable Few. She'll also be working on the rest of the books with me as we get closer to presenting final edits. The focus is on new work right now, so the earlier books will get more attention when the next two are out. All in all, she's a big help, even with a head cold.

3D and CGI work for Spinward Fringe demonstration and cover graphics have ground to a halt because I haven't had time to finish so much as a serviceable sketch in months. There are two neglected CGI artists who are willing to create 3D models as soon as I send out a completed sketch, so it's something I'd like to get to. The off the shelf 3D models of characters are a little too anime or supermodel style for most of the Spinward Fringe characters, but I've found a couple ways to use them. Now it's just a matter of putting the hours in, which will happen sometime in the next couple of months. I'm just glad I don't have to have most of it designed from scratch, which would turn a $20.00 endeavour into a $20,000.00 project - minimum.

The Web/TV Series project is taking its first firm step. An account has been opened to collect funds for early development. The money will come from the Spinward Fringe store, and probably won't be spent for months or years. Unless a production company is interested in a partnership with me, it'll take years to get this going properly. The general sentiment I'm hearing about the series tells me that poeple would rather see a viable, long run show done properly than a short-run, cheap looking show that's bound for cancellation. I couldn't agree more. So, the journey begins, and people seem excited about the store.

The store is being simplified. The first thing we're releasing are buttons. Every month four new buttons will become available, and you have a say in which will come out first. So far the Facebook page has been the hub for ideas, and I'm amazed at how many people have stepped forward to offer their thoughts. A set of 4 buttons will cost $5.00 plus $2.00 shipping in the US and Canada. Shipping to the UK will cost $3.00.

T-Shirts and other apparel will be available by the end of the month through a third party. My adventures in finding a local provider for T-Shirts (among other things), over the last few months have demonstrated that I'd need a lot more space and money to do everything I'd like using local businesses. For a slightly higher cost per item but the same or less in shipping, a third party can provide the same or better quality and a much broader selection. I've decided that's the way to go.

Other items, like the scarf, embroidered patches and signed books, will still be handled in-house, and I'm working to get that set up by the end of the month as well. Spinward Fringe Broadcast 0: Origins will be the first book available. All proceeds from the store will go towards the development of the Spinward Fringe TV series. I'll also be keeping prices low.

Now to the updates that people are really waiting for.

Spinward Fringe: Expendable Few is back on track after running into a couple of problems. A partial re-write of a few chapters slowed things down for the last week and a half. The book is well over half finished, and I hope to have the last batch of chapters out to test readers by June 7. So far, test readers seem to like what they see, but I haven't heard back from several on the last batch of chapters. I'm sure I'll hear something shortly. I'm enjoying the process of writing an entirely new work in the Spinward Fringe universe and hope to deliver a very new experience that explores another side of things.

Spinward Fringe Broadcast 7: Framework is approximately 70% finished, and will be my focus once the aforementioned novella is complete. The Expendable Few is helping me develop Broadcast 7, and allowing me to expand the scope of the series without cluttering Framework, which is already a complex novel. Writing an ending to this series, even with the knowledge that there will be a Broadcast 8, is a difficult proposition, there are a lot of expectations for this book. I'm also pushing myself as a writer to take the characters and story to a new place while finishing plot lines that have been in motion for seven books.

The Dark Arts Novel is barely a side-project at this point, but a second draft of the first chapter has been completed. The writer's group I sit down with every Wednesday has taken a look at it, and the news is good. They had some important advice, and really enjoyed what they read, so the third draft of chapter one will be the real deal. My fears of having to write a brand new opening for the book are gone.

That third draft will wait until Expendable Few and Broadcast 7 are finished, but it's good to know that I have somewhere to start when I'm ready to take on my palette cleansing project. After writing over one point two million words of science fiction, Dark Arts is the perfect project to clear my head, work on a few other ideas, and experiment with before I begin Broadcast 8 and Broadcast 9.

Now for a personal update. I can't wait to get the Expendable Few, Broadcast 7 and the Dark Arts novel in front of people. There are other things going on behind the scenes that I can't talk about yet, and I'm anxious to break the silence. In even more general terms, I'm happy with the work I'm doing, even if working to a higher standard than usual has been slowing me down a great deal over the last year. It's been paying off, and I hope everyone sees a big difference when the next books are released.

I'm thankful to all the readers. Your patience should be legendary, and I hope you'll enjoy the books when they're finally ready for you.