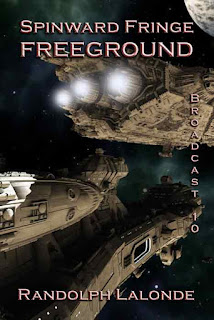 This is the second preview chapter for Spinward Fringe Broadcast 10: Freeground. We join Alice in this part, and discover what she's been up to in the two weeks since the Triton and Revenge set out on their quest in the Iron Head Nebula.

I'm also including her character preamble, a blurb about Alice that will appear in the beginning of the book with many other blurbs that provide a basic overview of recent pertinent events with regards to each major and secondary character.

This can't be overstated: This chapter and the preamble blurb before it contain MASSIVE SPOILERS  for anyone who has not read Broadcasts 0-9 and possibly the Expendable Few. You've been warned!


After undergoing a drastic transformation that removed all framework technology from her body along with all the advantages and vulnerabilities it brought, Alice Valent is preparing for the qualifier tests that will allow her to begin the intense curriculum offered through the Triton Fleet Academy. Her mind is sharper than ever now that the filter imposed on her by the framework is gone, but with cognative clarity comes a new emotional awareness. Alice also has to deal with being a more mature young adult while lacking the physical advantages in strength and speed the framework body she once had provided.

Alice Versus The Obstacle Course